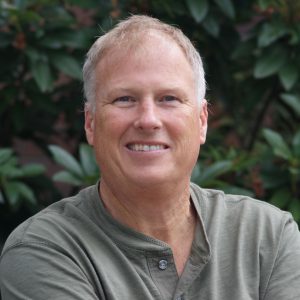 Bob Baldwin has been a real estate developer / homebuilder in the Seattle area since 1991.  Prior to his arrival in Seattle Bob was in real estate sales and marketing in New York, NY.  As an Account Manager for two large marketing agencies; his clients were some of New York’s major real estate development firms.

Upon his arrival to Seattle he joined the staff of Lowe Enterprises and was responsible for marketing and sales for Klahanie and Harbor Ridge – two large Master Planned communities in the Seattle area. Bob later joined The Murray Franklyn Companies as a partner in 1992. During his tenure with Murray Franklyn he developed single-family homes, multifamily condominiums and apartments, mixed-used developments, Master Planned Developments, a golf course community, commercial buildings and storage facilities throughout the Pacific Northwest.

Bob took a brief hiatus attempting to retire in September of 2000 but maintained interests in numerous communities and developments until 2005. In October 2001, Bob was recruited by Security Properties to grow its homebuilding operation. Bob founded the Dwelling Company that year, developing ‘decidedly urban communities’ in the Seattle metro area.

Bob retired from home building in 2010 (again) and continues to work as a development consultant and owner’s representative in the Seattle area.  He has assisted EPS in the development of its campus since 2011, as a real estate advisor and Owner’s Representative. He has developed the Bishop/FLC remodel, the Levinger-Poole Commons (2011) remodel, the MS school remodel and its Science Labs in 2014. Bob managed the design and construction of the school’s first ground up construction project, The Macaluso Academic Collaborative (TMAC) completing it in 2015 and is now working on the school’s latest construction efforts, the recently completed Annex, the LPC Dining Hall expansion and TALI Hall. Bob continues to invest and consult in real estate ventures. 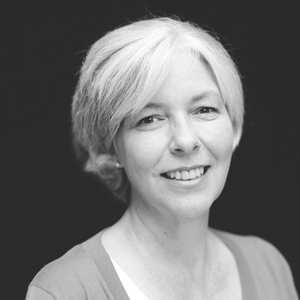 Vickie joined Eastside Prep as the school’s first Director of Institutional Advancement in 2011. She works with the Board of Directors and the Head of School each year to raise funds to support Eastside Prep through the Annual Fund Campaign. In addition, Vickie has worked on two major capital campaigns – the first campaign raised funds for construction of the Levinger-Poole Commons and the second was in support of The Macaluso Academic Collaborative. In addition to her fundraising efforts at EPS, Vickie serves as the liaison to the Parent Association, works on alumni outreach and events, and is the Editor-in-Chief of Inspire magazine. Vickie has experience in commercial and residential property management and construction. Her passion for all things fundraising and community building comes from her years at The Little School where she served as a Board member and Development Committee Chair. Vickie lives in Bellevue with her son, Sam, and husband, Bob.

In February 2003, Byron retired from Expedia Inc., a company he co-founded and where he served as Senior Vice President and as an Executive Officer. During more than eight years of helping build Expedia, Byron’s roles included: responsibility for all product development, leading the air travel business, and most recently creating Expedia’s Corporate Travel division. Prior to Expedia, he worked for Microsoft for thirteen years. Byron holds a Bachelor of Science in Computer Science and Mathematics from the University of Washington. Byron joined the Eastside Preparatory School Board of Trustees in 2006. He is also active with The Nature Conservancy and Social Venture Partners.  Byron’s son graduated from EPS in 2011 and his daughter graduated with the Class of 2013. 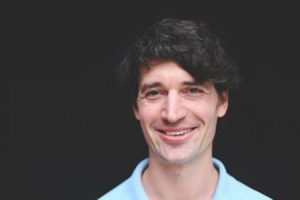 Jonathan joined Eastside Prep in 2005 as the school’s first Director of Technology. Jonathan spends a great deal of time keeping the school up to date with the latest technological changes, which has been no small endeavor over the past decade. In addition to his teaching duties and independent study programs, Jonathan has implemented a laptop program in the Middle School, brought admissions and development databases online and written programs for the school that manage data around students and teaching. He has overseen the technological needs of transitioning from ninety users to over 450 and from one building to ten. Jonathan may be proudest of starting TEDxEastsidePrep, an annual conference that seeks to explore new ideas in education by bringing in speakers from outside the field of instruction. Prior to joining EPS, Jonathan spent four years teaching math and physics, chairing the upper school science department, and coaching volleyball and golf at the Bentley School in California. 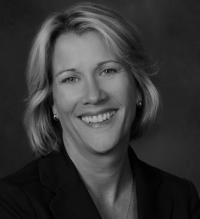 Stacy is the Executive Director of Meydenbauer Convention Center, a Public Development Authority, located in Bellevue, WA. In 1990, she began work at Meydenbauer Center as the Director of Sales and Marketing prior to opening of the facility in 1993. In March 1994 Stacy was made the Executive Director. Prior to Meydenbauer Center she helped in the development and opening of the Washington State Convention Center in Seattle from 1983-1990, where she worked in construction development, sales and operations. Stacy currently serves as Chairman of the KidsQuest Children’s Museum Board of Directors and serves on the Executive Committee and Board of Directors of the Bellevue Downtown Association. Stacy has a BA in Communications from Washington State University and graduated from Newport High School. She previously served on the boards of the Bellevue Chamber of Commerce and the Eastside District Board of the YMCA. She is a member of the Bellevue Rotary and the International Association of Venue Managers. She is married to Ken Johnsen and has two boys who attend Eastside Prep, Cole Johnsen (Class of 2018) and Chase Johnsen (Class of 2016). 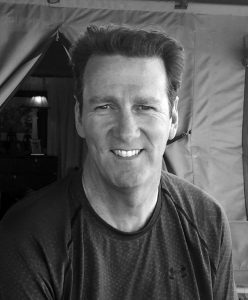 Mike is a co-owner of Capstone Partners, a privately owned real estate development and investment company with offices in Seattle and Portland.  Capstone’s projects include office, industrial, multi-family, retail, and land development.  Prior to Capstone, Mike was a managing director at Trammell Crow Company – a national real estate services and development company.  In addition to his real estate experience, Mike also brings Board experience to Eastside Prep—he has been the Board Chair for KidsQuest Children’s Museum in Bellevue since 2010 in addition to a few private board experiences.  He and his wife Rachel have triplets, and their son Matt is a member of Eastside Prep’s Class of 2018. Mike received a BS degree in Economics from Pomona College and his MBA from Kellogg Graduate School of Management, Northwestern University. 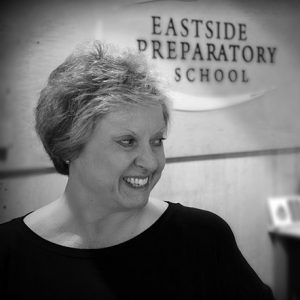 Dr. Macaluso was originally retained by the Eastside Preparatory School Board of Trustees in August 2002, to guide them in the development of the school’s mission and vision. She served in a consulting role until March, 2003, when she accepted the position as Head of School. Under Dr. Macaluso’s guidance, Eastside Prep has grown from 16 students to almost 400, the campus has expanded to encompass ten buildings, and Eastside Prep has solidified its reputation as a college preparatory school with a rigorous academic program. In addition, two major capital campaigns have been undertaken and completed – the endeavor to create the Levinger-Poole Commons (opened in 2012) and most recently the campaign to create the new 30,000 square foot science and gym facility – the Terry Macaluso Academic Collaborative (opened in September, 2015). All this, while keeping our focus on the most important component of our school – the students. Previously, Dr. Macaluso spent nearly thirty years in independent schools and university education, serving as teacher, college counselor, Upper School Director, President, and Head of School in three different schools. In 1999, Dr. Macaluso retired from the headship of Lakeside School in Seattle, after a successful seven-year tenure that included completion of a $50mm capital campaign, construction of three new buildings, quadrupling of the school’s endowment, and programs designed to enhance the quality of teaching. Lakeside’s Macaluso Endowment for Leadership Development was established in 1999; she is the recipient of the 2006 Willard Wright Award for Distinguished Service, given by the Lakeside Board of Trustees to acknowledge extraordinary service to the school. 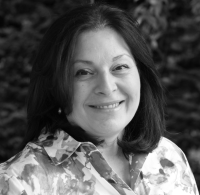 Sasha has held a number of finance and accounting positions in the telecommunications and wireless industries for over 20 years. She relocated to Seattle in 1992 to join the start-up team for Western Wireless and served as its Principal Accounting Officer, Controller of its International business and Vice President of Internal Audit until the company’s sale in 2005. Sasha holds a BA in Economics from George Washington University and is a CPA. She has served as a Board Member and Treasurer of Northwest Children’s Fund. Sasha has two sons at EPS – one in the Class of 2020 and on the Class of 2017. 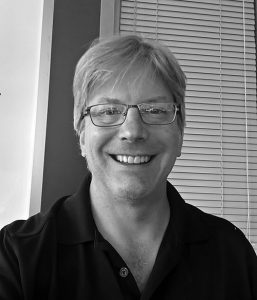 Henry is originally from Hillsboro, Oregon.  He graduated from Cornell University in 1986 with a BS degree in computer science.  After two years of hardware board design at Intel, Henry joined Microsoft in 1988.  He is currently Corporate Vice President of Engineering for the Windows Operating System, where he is responsible for architecture and engineering for the current and next generations of the Windows OS operating system, as well as the culture, health, and productivity of the engineering team.  Previously Henry led the software development efforts in Windows Phone through successful shipment of the past four releases.  His hobbies include drumming and cooking.  Henry is looking forward to his first year on the Eastside Prep Board of Trustees and is particularly “interested in figuring out buildings and space for our growing student population.”  He and his wife Vickie have three children at Eastside Prep—Donny (Class of 2020), Mike (Class of 2022), and Elizabeth (Class of 2024).

Immediate Past Board President

Rob Short is taking a break, studying uses of technology in the developing world, after 30 years as a designer and manager in high technology. For eight years he was a Corporate Vice President for Windows Technology at Microsoft leading the design of the operating system core as well as managing the complex partnerships with the other companies in the industry. Leaving Microsoft in 2007, Rob lived with his family in France for a year. He volunteers with several groups, has traveled to Ghana to build homes with Habitat for Humanity and helps build software for Microfinance in the developing world. Rob is a graduate of CIT in Cork, Ireland and also holds a Masters in Computer Science from the University of Washington. Rob and his wife have two daughters at EPS – one in Class of 2016 and one in Class of 2018.